Magic! Colourful characters! Loads of spells to learn, enemies to defeat and –oh, I’m dead again. Welcome to my Nine Parchments Review that should hopefully prepare you for your upcoming magic exam.

Developed by Frozenbyte, Nine Parchments is a top-down co-op ‘blast-em-up’ game with RPG elements, similar to games like Diablo and Path of Exile.

Set in the Trine Universe, Nine Parchments sets you out on the path to becoming a master wizard, without learning any safety precautions first! The game is currently out on the Switch, Steam, and PS4, with an Xbox One version on its way. Read through my review to find out if this game passed with flying colours, or if it should have studied just that teensy little bit more.

If you could have one magic spell to use in real life, what would you choose? 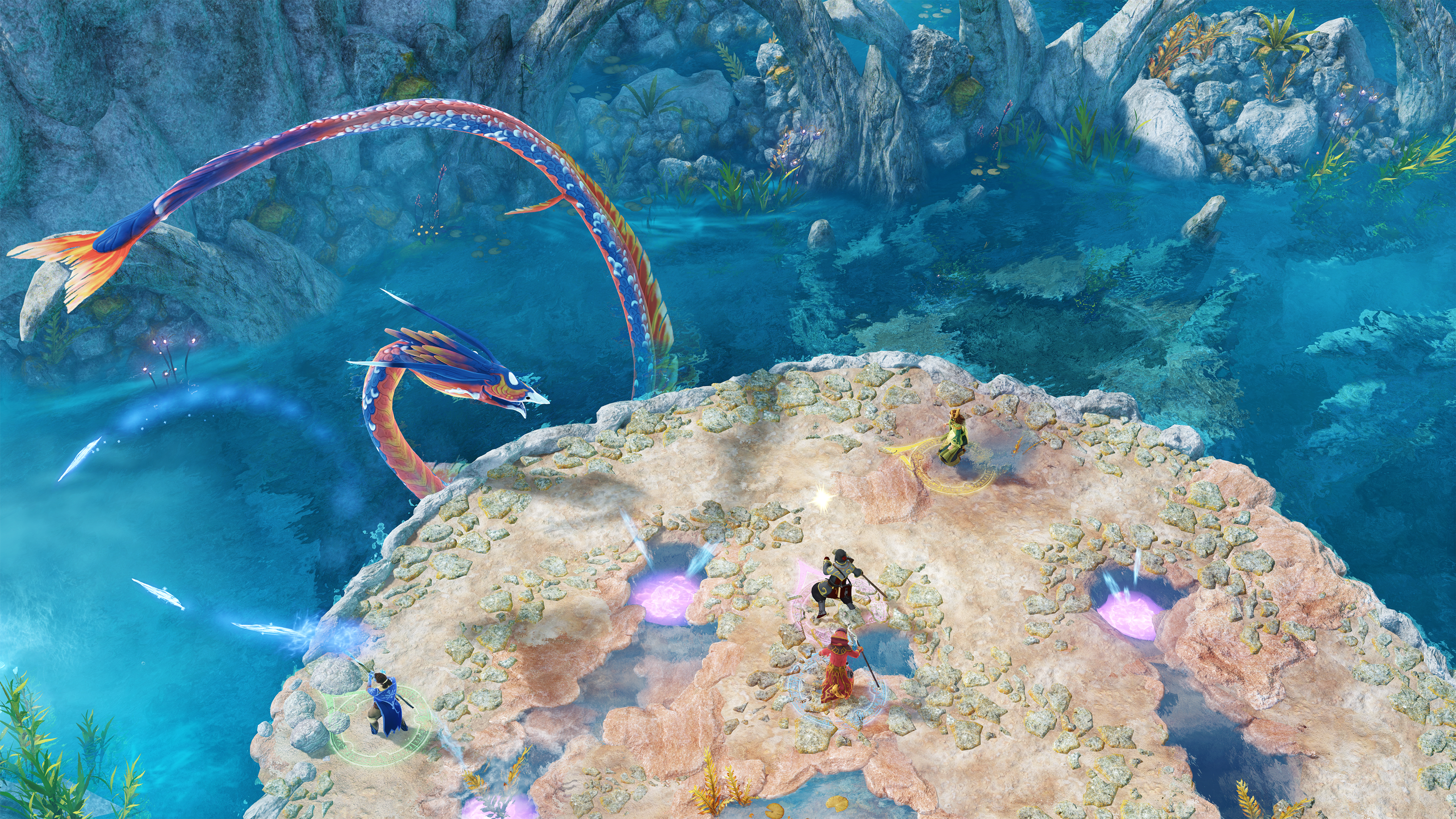 I’ve had a mixed experience playing Nine Parchments. On one hand, the game is ridiculously fun, no framerate issues or lag. On the other hand, it stops being fun when the game auto locks on to your teammate for the umpteenth time and you all die, in the same place you did before, again.

Using magic is the main and only viable way of combat in this game (you can hit enemies with your fists and staff but that doesn’t do much at all). Though I feel that it could do with a few improvements. You have a magic wheel that you can use to switch through your spells with supposed ease. The game isn’t paused while you’re selecting spells either, so the more spells you get, the harder it is to quickly switch between them. That could be the difference between life and death in the later levels (and sometimes not even the later ones).

The lock on system can be frustrating a lot of the time. This is a game that you are meant to play with others, as even on easy difficulty, handling all the monsters alone can be tough.

The lock on system can ruin what is otherwise an awesome co-op experience. It ‘snaps’ on to the monster you’re trying to aim at. As a result, this causes problems when you want to target a monster that’s next to your friend.

The game will, TOO often, decide to lock on to your friend instead. Thus causing many accidental deaths and annoying everyone. After so many wipes, this mechanic starts to get pretty annoying.

This could be fixed with the simple option of turning friendly fire OFF, but nope, can’t do that. The way the combat works in this game pretty much guarantees that you’re going to hit some, if not ALL of your teammates a few times, so the fact you can’t turn friendly fire off is baffling. 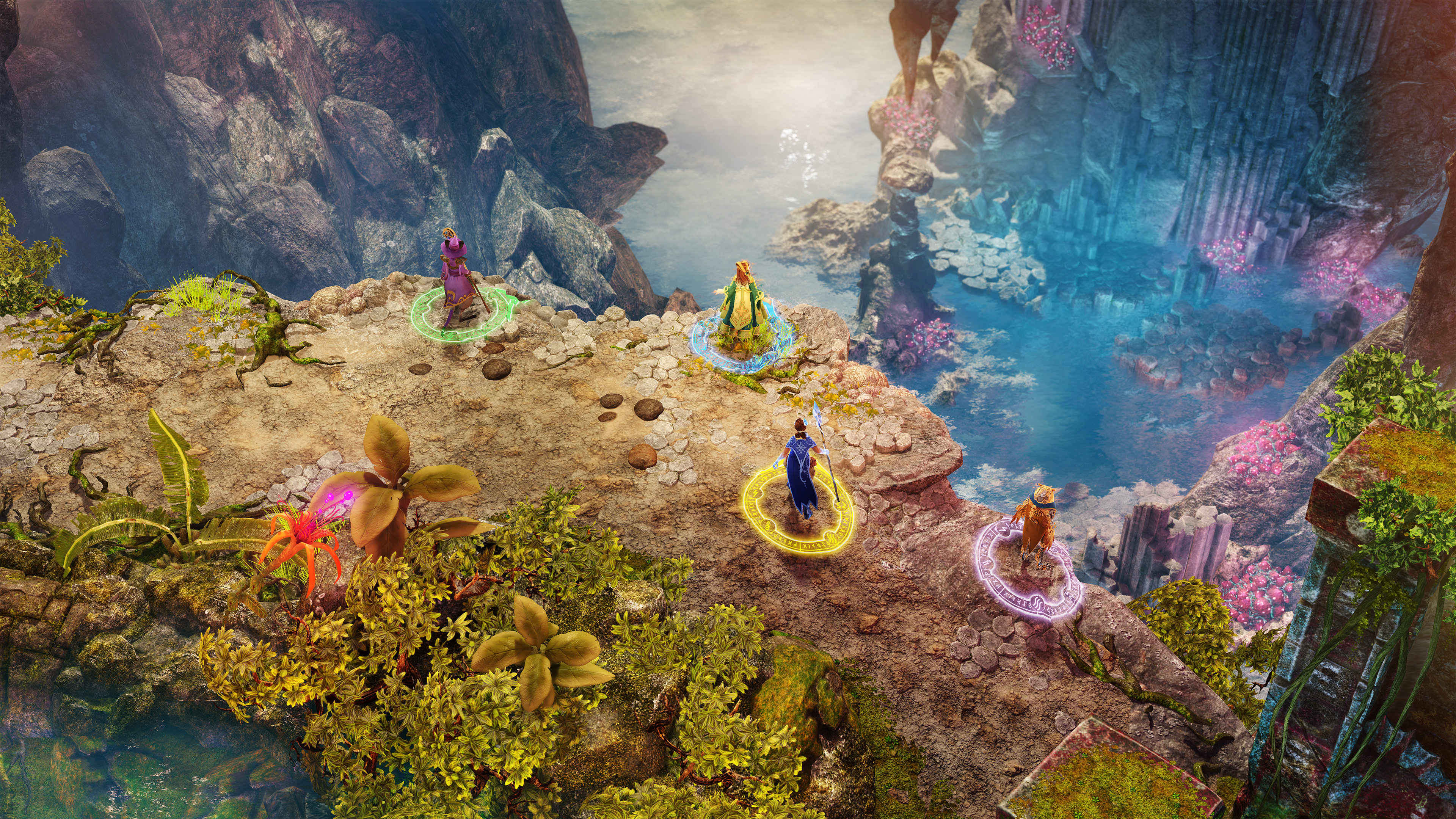 Nine Parchments has a wonderfully appealing art style. The characters all have a clear aesthetic personality, the environments are oversaturated and really colourful, and the music is lovely to listen to.

Playing on a Switch, I noticed that certain things didn’t look as good as they could have. On both handheld and TV mode, characters looked slightly pixelated and edges weren’t smooth.

You didn’t have to look hard to see this either, it was always right there in front of you. I imagine this is not the case on the PS4 version and the upcoming Xbox One version which will run at 4K 60FPS on the Xbox One X.

The locations however, were superb. Everything is distinct and stunning. Each location has an obvious theme that it pulls off beautifully. I love games that are full of colour, and this game didn’t disappoint in that regard.

With the music, I did experience some oddities in handheld mode. The music would sound a bit weird, an example being the music that plays at the end of a level. Once it starts hitting high notes, no matter what volume level you have your Switch on, it would sound compressed, like the Switch speakers can’t handle it. 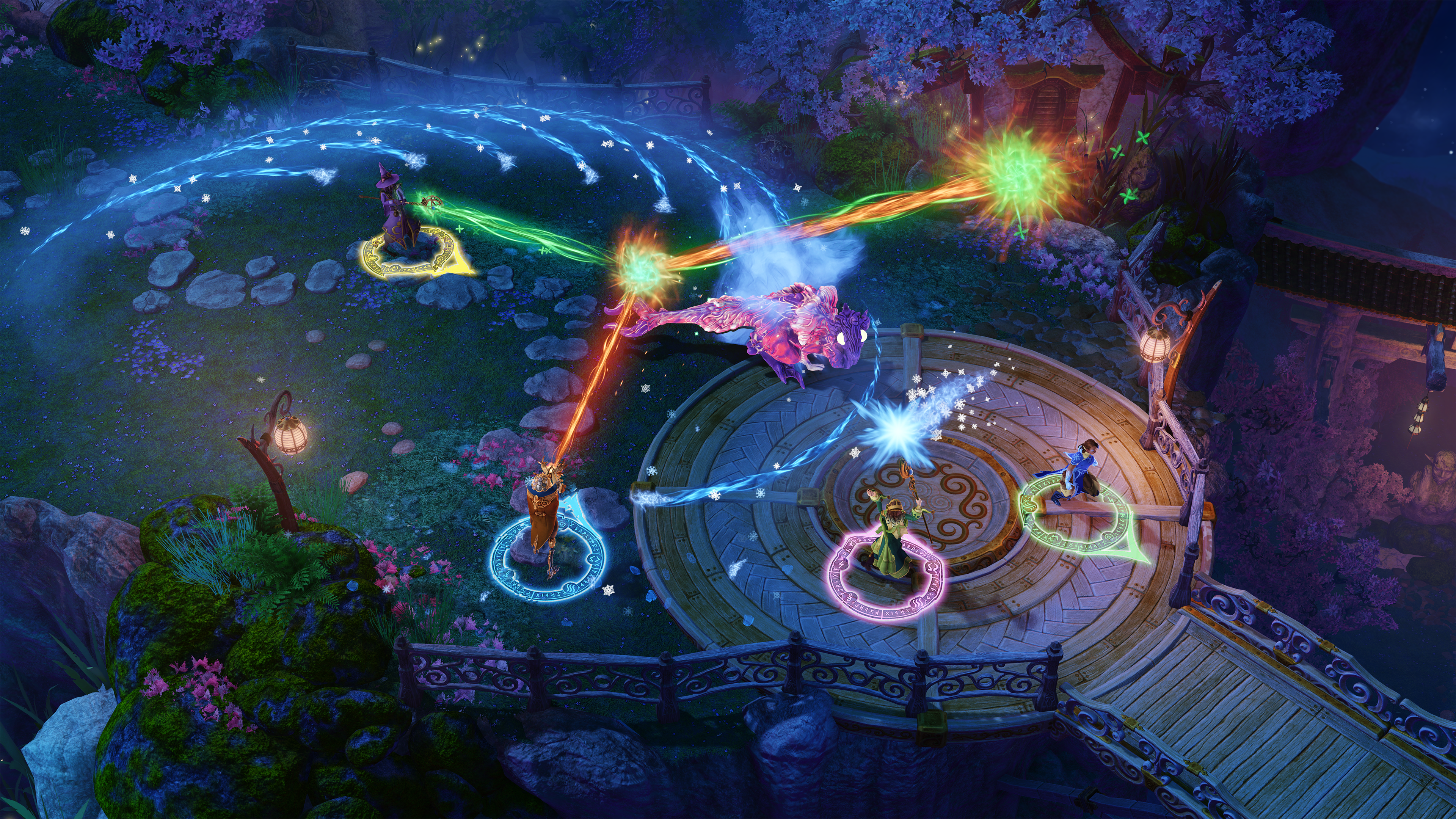 The story revolves around a group of young wizards in training. They are searching for the missing titular Nine Parchments to impress their teachers and become full-fledged wizards. That’s pretty much it, though. The game is going from one level to the next and eventually finding parchments which add spells to your spell book.

That’s all there is to it, but there’s a charm to this game that keeps you coming back for more. Collectibles like feathers, staffs and hats are aplenty. It’s an amusing feeling having collected a new hat to put on and rub in the face of your allies.

Hats are symbols of status, you see (they’re totally not, but it’s fun to show them off anyway). Collecting feathers can unlock a bunch of different things, collecting Staffs can actually buff your magic depending on the staff.

As mentioned before, playing solo isn’t the ideal way to play, this game WANTS you to play with others. You can host your own games, join a friend, or join from a list of lobbies to play with strangers.

This would work better however, if the game actually connected you to people. The servers don’t seem to be in the best shape. Connecting to lobbies will have you waiting for ages until you get lucky.

If you don’t connect within an invisible time limit, the game will boot you back to the main menu. Not a big deal, but imagine having that happen with most lobbies you’re trying to join. Once you’re in someone’s game though, it’s fine.

Nine Parchments is a fun little game but has some annoying problems that can ruin a good time. On one hand, the characters are visually appealing, the world is vibrant and the music is great.

The gameplay can be ruined though, by the lock on system and the fact that a game that favours multiplayer doesn’t let you play multiplayer most of the time.

People who like the top-down style games like Diablo, people who just want something fun to play on their Switch.

Playing with others is key to this game, so gamers wanting to go solo might want to look elsewhere.

Diablo, Path of Exile, Heroes of the Storm are pretty similar to this in many ways.

About This Nine Parchments Review