You might not remember Defiance. Developed by Trion Worlds, it was originally released in 2013 on Xbox 360 and PlayStation 3. Its re-release sees the game on Xbox One, PlayStation 4 and PC as a free-to-play game. After my time with this one, I have to say this Defiance 2050 review includes little good news.

It was an MMO shooter with an accompanying TV show, promising that both would change and alter things about the other (it didn’t really). I played it back then and had a pretty good time with it.

Its return promised a much-needed overhaul and gameplay tweaks that would enhance the experience.

WELL. I really wanted to enjoy this game and was genuinely looking forward to it, but my hopes were shattered. They didn’t change much from the original, and although I enjoyed my time with it then, games have changed a LOT during the last five years. What worked then doesn’t work now.

The game feels stagnant. The gunplay isn’t satisfying, the world feels dead, and you can tell this game is old (and not in a good, nostalgic way).

I get that the world has been terraformed and is supposed to be a wasteland, but it just feels empty. You find yourself literally driving on the main roads going quest to quest because the game has no exploration element.

Even the Fallout series, which is solely set in a post-apocalyptic wasteland, gives you SOME incentive to explore and rewards you for doing so. Defiance 2050 has literally nothing like that.

What it does have, are Arkfalls and Sieges (like FFXIV fates or Destiny public events). Unfortunately even they don’t feel rewarding to complete, and that’s if you don’t get booted to the dashboard for getting close to one!

Even the side quests feel unsatisfactory. Some will enjoy this loop and more power to them, but to most, I imagine this will just feel so sluggish and meh. 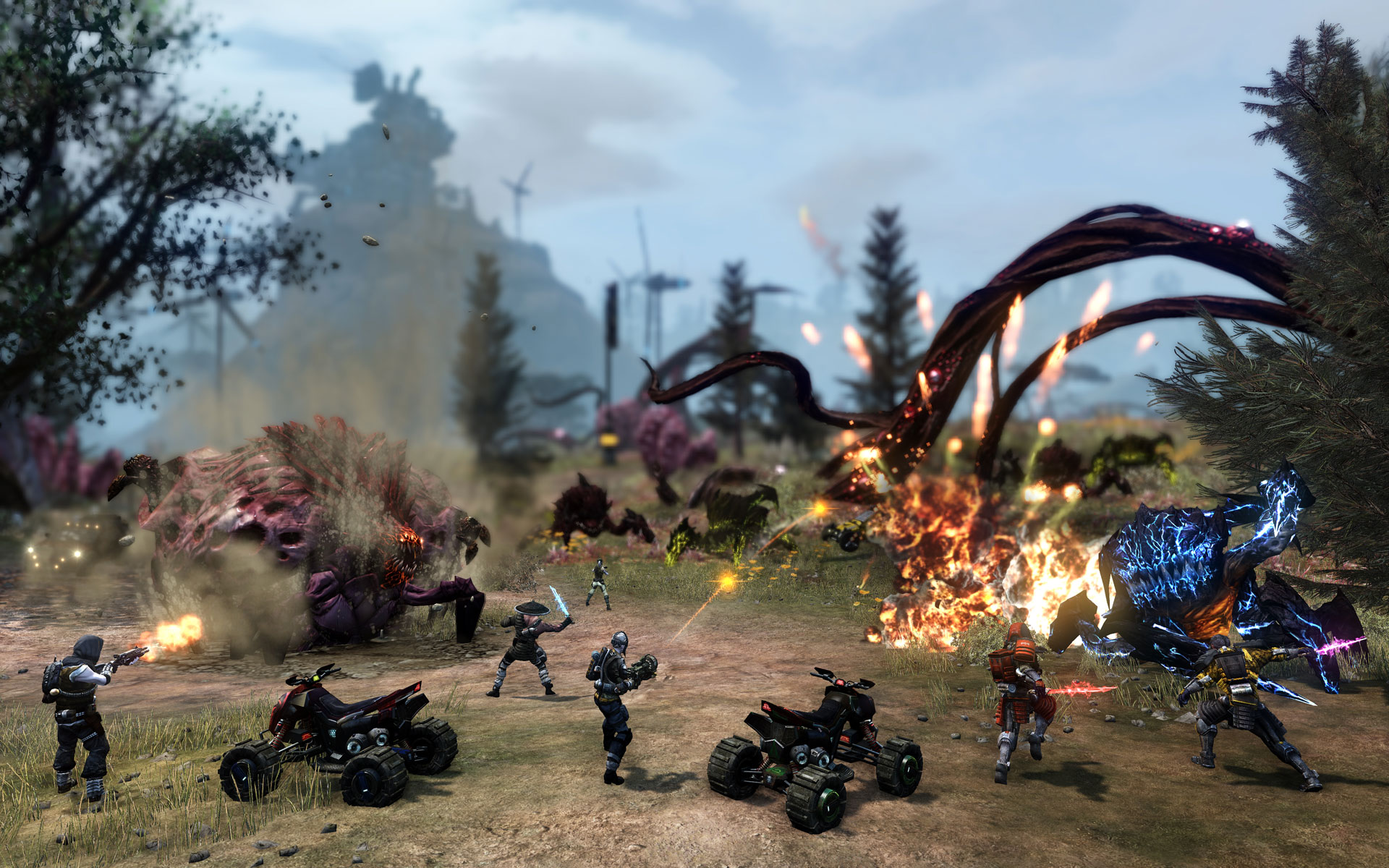 The game definitely looks better than it did back on last-gen consoles and the framerate has been upped, but that’s not enough to make a fun game.

I experienced so much lag while playing this that I started to question my time on its original release. I feel like it played better back then! Enemies will stand there or still be shooting you for seconds after you’ve apparently killed them.

There are also little, quick enemies that jump around all over the place and hitting them is a challenge in itself, so imagine that with extra lag.

A load of utter Shtako 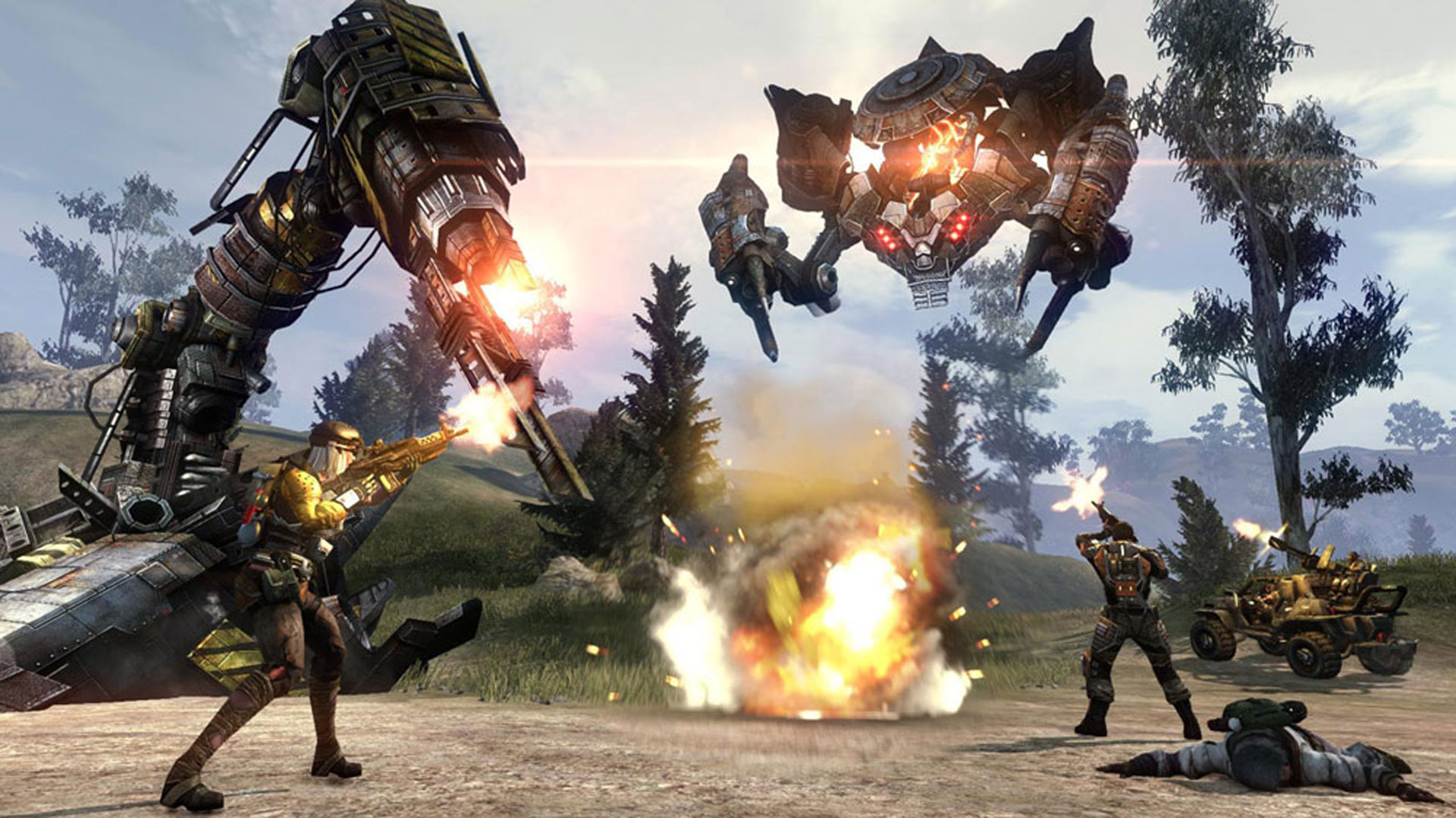 The world also looks dull and colourless. The Earth has been terraformed, so there are new vegetation and flora, and weird root things sticking out of the ground. You’d think it’d at least look interesting but it’s all so washed out.

Instead of having varied areas of the map, like a section that was open fields or a section that had more trees and terraformed plants, everywhere looked the same. When there is no variation anywhere, it all starts to look monotonous.

One odd thing I noticed, is that in the character selection and appearance menus, your character looks slightly cel-shaded! And it looks really cool!

It’s especially obvious in the character selection menu, and seeing that makes me wish they gave the cel-shading treatment to the whole game, as I think it would look so much better. It makes the colours pop a bit more.

The music is still superb, but Defiances soundtrack always has been in both the show and the game. That’s probably one of the only good things about this game is that the music still holds up.

Especially the song that plays on the main menu. I could sit there and listen to that for hours, it’s so alien and futuristic yet at the same time, familiar and human. 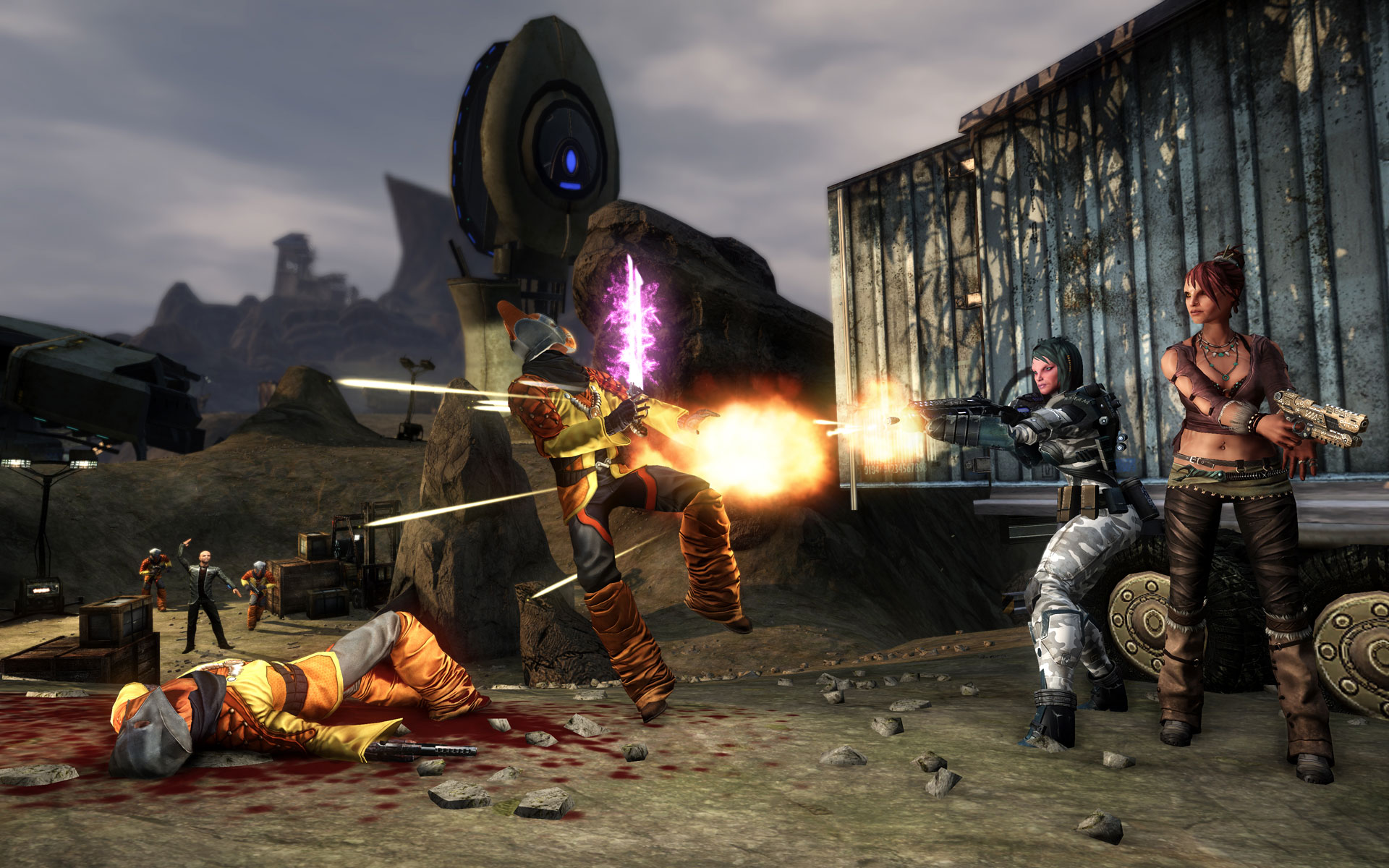 Defiance 2050 doesn’t only disappoint you with its empty world. The story, or what little story there is, isn’t much to brag about either.

The ship you’re on crashes at the beginning, and then you have to find your boss who has gone missing, who the game has given you NO reason to even care about.

When you do find him, the terrible dialogue REALLY stands out. Like this gem: “Who is this hot girl and why is she demanding things of me”. I physically cringed.

The story is so forgettable that you’ll probably forget what’s actually going on very early on, and the game never gives you an actual reason to care about doing whatever it is you’re doing. It feels like you’re not the hero of your own story and you’re just getting pulled along for the ride.

Add that in with the fact that there’s nothing to put the story on hold for. There’s no exploration, no reason to just go and travel the map, and the side quests feel pointless after you’ve done a few.

Should You Play Defiance 2050?

It gets really boring, really fast, and doesn’t give you a reason to keep playing once that feeling sinks in. An empty, bland world and an empty, bland story mean that I can’t recommend this empty, bland game.

There’s just nothing to do and no reason to care. The game is free-to-play so that’s a plus, but that doesn’t excuse all of the negatives.

You’ve read our review, and maybe a few others. Are you interested in getting Defiance 2050?

Let us know “Yes” or “No” in the comments. If you are unsure, why not ask us using the comments too? Its just down below with Disqus and Facebook comments to make it easy.

This game has been awarded MGL Junk, a game that is simply bad and we do not recommend you play it.

Our rarity rating system is a little like loot, and games in this category would be traditionally scoring less than 40.