The first quarter of the year has brought us some cool indie games so far, as we head into April 2018. If you missed some from last month, here are the March Indie games you might play. Here we’re looking forward as we bring you 8 of the best upcoming indie games April 2018 has coming up.

This includes our thoughts on the games, videos, information and a video accompaniment which you can watch in the header above or down the page. Indies are here in all shapes and sizes, and on all formats including PS4, Xbox One, Nintendo Switch and PC games.

Are you an indie publisher reading this and want your game featured? Head to our contact page.

If you would like to watch our 10 best indie games April 2018 YouTube video, check it out below. We are really going for our gaming videos at the moment so do please Subscribe to our YouTube Channel for much love from us at MGL.

A nice one to start this month is The Adventure Pals arriving on console and PC. Massive Monster and bringing this classically influenced action-platform game that really does look fun.

The graphics are bright and the gameplay looks on the good side of crazy in some aspects. 2D platform and action gamers will be all over this one I’m sure. 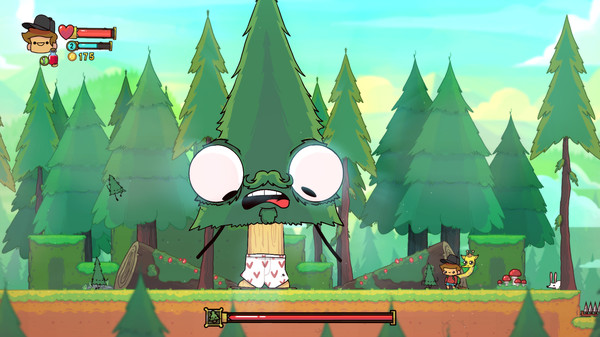 The Adventure Pals is an action-packed platformer about friendship, exploration, and riding your giraffe. Mr. B is kidnapping old people and turning them into hot dogs! It’s up to you and your best buddies to save the day.

You’ll leap, slash, and blast your way through increasingly madcap levels filled with traps, weird and wild enemies, treasure, and more. Along the way, you’ll help a whale regain confidence, take a side in the battle between toast and dinosaur, travel to a legendary sunken city and decide the fate of a Pirate election.

Explore the world on the back of your giraffe. Your travels take you across a huge land filled with zombie pirate cats, post-apocalyptic dinosaurs and hotdogs that poop explosive mines. Explore the mystical forests of Treevale, hike the haunted craters of the moon and dive into the depths of the ocean to find the lost city of Crablantis.

Sing Ming looks like one of those games where you really need to play it to fully understand what’s happening. At the same time, if you did play this I can see many an hour getting eaten up in it’s addictive quality.

The movement and puzzle solving on Sling Ming look something really intriguing and coming to Switch and mobile it seems the perfect game to check out on the move. 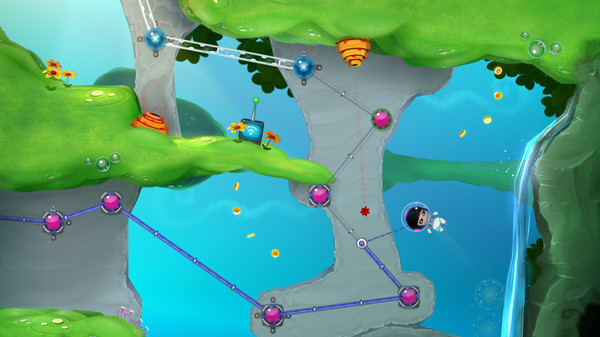 The foreign kingdom Topius has lately been ridden by never-ending earthquakes; cracks in the ground spew out toxic fumes and the cherry blossoms have all been shaken off their branches. Princess Ming must find a way to save her kingdom before it all falls apart!

In the catacombs beneath the castle Ming finds the Oxylane, a long-forgotten breathing and transportation system. Hooked up to the Oxylane, she sets out on a quest for the three virtuous Crown Jewels that will reveal the hidden forces behind the menacing earthquakes.

A nice early access game for you next, but the ideas behind Cefore by Pixelz games really stand out as something to watch. It looks really well presented with a focus on physics and puzzles. Baro, the heroic contractor, helps collect data with explosives and various other tools for collection. Has a job in data ever sounded more interesting?

Looks a nice, quirky take on a game and one to watch develop in early access.

Cefore is a physics-based puzzler with a whimsical and simplistic art-style. In Cefore, you play as Baro and are contracted to demolish structures in the most creative ways possible. As the structures get bigger, your methods of demolition must get more creative. But try not to cause too much destruction!

In Cefore you control Baro, an intergalactic contractor in charge of gathering the data on different planets. To do so, Baro uses different tools (such as explosive charges, grapples, hot air balloons and several others…) to destroy the environment and gather what he needs.

On to a more larger budget of indie title now with the Focus backed Masters of Anima. This looks a very good pick for you action fans out there. There appear to be RPG style elements to this one too but with hordes of guardians at your command and huge battles, this one is for the action gamer. Not that the game is simple, the developers PassTech games are keen to stress there is a certain level of strategy involved too.

Looks a really entertaining title and one to watch on all formats. We have a code in hand, so expect more on the game soon. 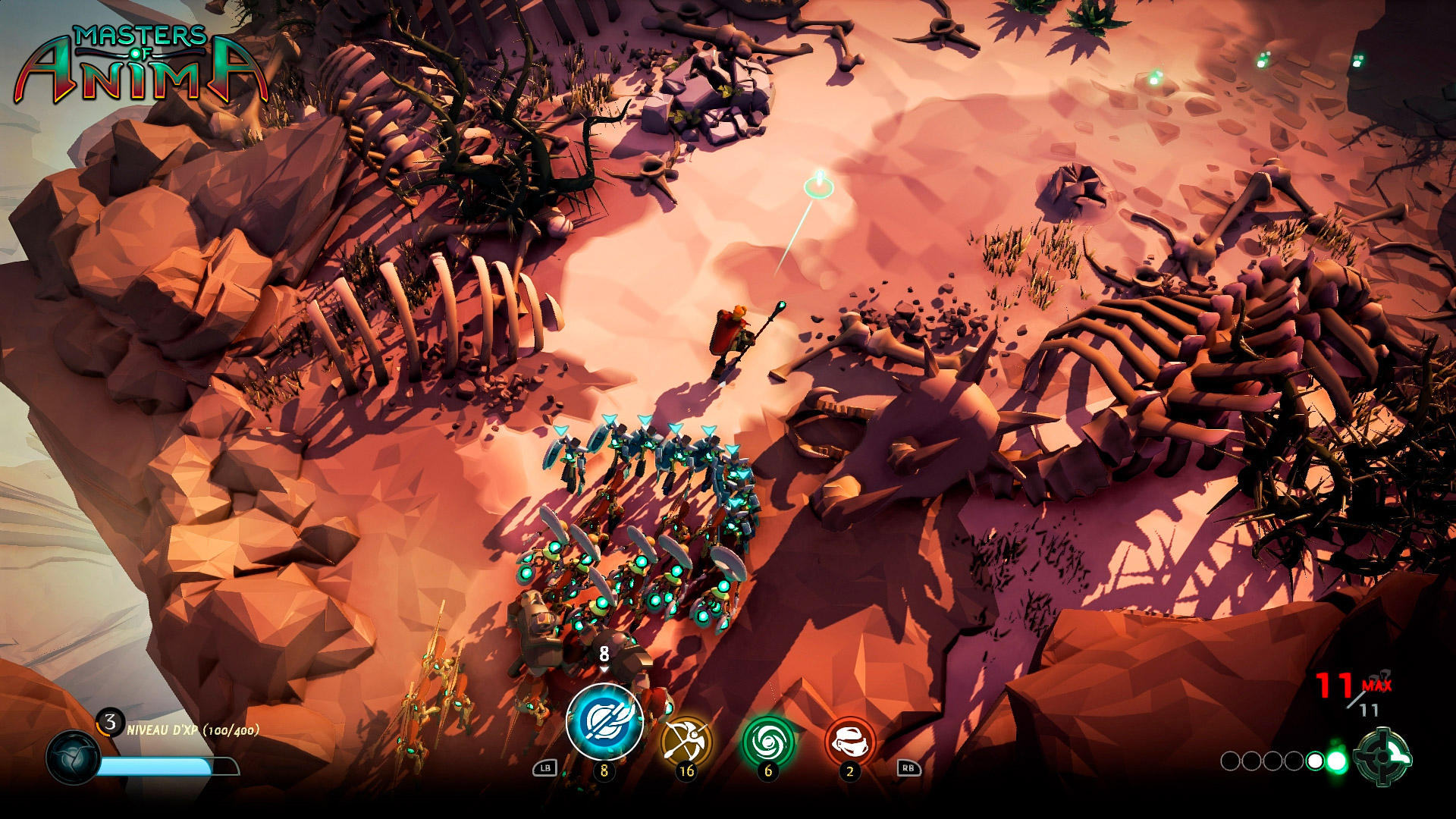 Masters of Anima is an original adventure game for PlayStation 4, Xbox One, Nintendo Switch and PC that takes you deep into a world rocked by magic. Battle against the forces of evil in strategic, action-packed battles, where your ability to make tactical decisions quickly is vital. Summon and control large armies of up to 100 Guardians, who obey your commands with intuitive and innovative gameplay made from the ground up for controller play, as well as keyboard and mouse!

You play as Otto, an apprentice of Anima, able to wield incredible powers that are the source of all life in the world of Spark. You covet the rank of Master so you can finally marry your beloved fiancée Ana – who is now a captive of the terrible Zahr and his fearsome Golems!

Learn to control new types of Guardians on your adventure, each with their own unique talents and abilities useful to explore the vast world of Spark and reveal its secrets, as well as to take down the formidable bosses that stand in your way. As your victories rack up, acquire new powers and abilities for both yourself and your Guardians, and become a true Master of Anima.

Our man Neal has really been looking forward to this one following some time with the beta. Read his thoughts here. The game brings that dream of building your robot to life with lots of customisation. Then, takes it a step further by taking said robot and blowing up others with it.

It’s been out in Beta and so far it seems a really good addition for PC and Xbox One gamers and one to consider picking up this month.

BUILD – DRIVE – FIGHT: The worldwide phenomenon Robocraft makes its way to Xbox One with Robocraft Infinity! Build insane, fully customisable robots that can drive, hover, walk or fly and take them into battle online!

INFINITE CUBE PROGRESSION SYSTEM: All cubes can be used infinitely on your robots once unlocked.

Another bit of 2D action now as Rogue Aces comes swooping onto Nintendo Switch, PS Vita and PS4. It might not be best to play this one on the latter, but on the move this looks the perfect action title for April. All levels in this World War II era shooter are procedurally generated with your aircraft on limited fuel.

It all seems about action and has some rogue lite elements in there too. A nice, arcade indie to check out.

Rogue Aces asks players to turn the tide of the war as they battle for supremacy across the air, sea and ground over 100 increasingly challenging procedurally generated missions. Using one analogue stick to control the direction of the propeller plane while the other controls the throttle, combat is frantic but graceful, encouraging daring acrobatic manoeuvres.

Each plane carries a finite amount of fuel to capture enemy bases and destroy enemy forces making strategic planning, replenishing and repairs a must across its colourful 1940s styled levels.

Considering the importance of “Solo” this year, this one might slip a few Google searches. But, this adventure game coming to PC this month by Team Gotham looks like one not to miss for fans of the genre. The game takes on the themes of love and puzzle in order to really create a unique experience for the gamer. The style of the game looks really impressive too, one for adventure fans to really watch out for later this month.

Solo is an introspective puzzler set on a gorgeous and surreal archipelago. Reflect on your loving relationships by exploring contemplative, dream-like islands.

Solo is a game about love. About love as fuel, the force that drives us.

It is a universal feeling, but each of us experiences it in a different way. Individually, it holds different meanings depending on a variety of factors such as culture, gender, sexuality or traumas. That’s why Solo will explore this theme in an introspective way, to have the players identify and reflect on their own experiences.

One more for the month comes in a bit of 8-bit format with a pixel art style presentation that looks intriguing. Fans of story driven titles will want to check this one out as it explores some complicated and deep themes. The lead character is in self imposed exile and towards a better future… if you can make it. Intense sounding but one that could be really deep and rewarding.

The Thin Silence is a narrative adventure game told through the introspection and recollection of Ezra Westmark. Inspired by games such as Limbo and Knytt Stories, follow the journey of Ezra from his self-imposed exile to forgiveness and hope.

The Thin Silence explores depression, self-doubt, struggles, and trials. Amongst the darkness, the game features that sound, that thin silence, which calls to us in our darkest hours. That sound we can’t hear or describe which somehow gives us the strength to try again and push through obstacles previously insurmountable. It’s not a game about success.

It’s a game of enduring your worst moment and facing the next one. Walk with Ezra out of the darkness, uncovering the journey that led him there and the hope that leads him home.

Pick Your Favourite! (And don’t miss the Main Games for April 2018)

Over to you gamers! Which of these indie games will be getting this April?

Personally, I’m already on Masters of Anima and looking forward to sharing some content. Plus I think The Adventure Pals looks great too. But do let me know yours in the comments below using Disqus or Facebook.

Also, our look at the main publisher Games Releases April 2018 for more great titles to play! Did you find this useful? Other gamers might too! Please Share This on social media.

Here are all the video game releases April 2018 for you, correct at the time of publishing. This includes games additional to those featured above.