March and the Spring are right around the corner gamers! After some great gaming to enjoy in February 2018 we are ready to move on to the coming with with 10 more awesome games.. Here you have our pick of the best upcoming games March 2018 has to offer.

This article includes our thoughts on the upcomings games, videos, information and a video accompaniment which you can watch in the header above or down the page. No favourites here so we are covering all formats including PS4, Xbox One, Nintendo Switch and PC.

Want to see the indie games for March? Head to our March Indie Game releases article.

If you would like to watch our 10 best upcoming games March 2018, YouTube video, check it out below. We are really going for our gaming videos at the moment so do please Subscribe to our YouTube Channel for much gaming love from us here at MGL.

One here is for gamers that are fans of city builders like SIM City or the outstanding Cities Skylines by the same publishing team. Here you are heading to Mars to colonise it. All of which sounds pretty cool and potentially addictive.

Rather than going just to PC and console later, it’s coming to both Xbox One and PS4 too so one to think about!

Surviving Mars is a sci-fi settlement builder all about colonizing Mars and surviving the process. Choose a space agency for resources and financial support before determining a location for your colony. Build domes and infrastructure, research new possibilities and utilize drones to unlock more elaborate ways to shape and expand your settlement.

There will be challenges to overcome. Execute your strategy and improve your colony’s chances of survival while unlocking the mysteries of this alien world.

Take me down to the Paradise City! Yes, the song is in all our heads now as we see this classic come back. Plus, it’s coming in 4K to the PS4 Pro and Xbox One X too which is pretty awesome. This is a classic game and one I personally can’t want for and will be a big one for many Burnout fans this month. 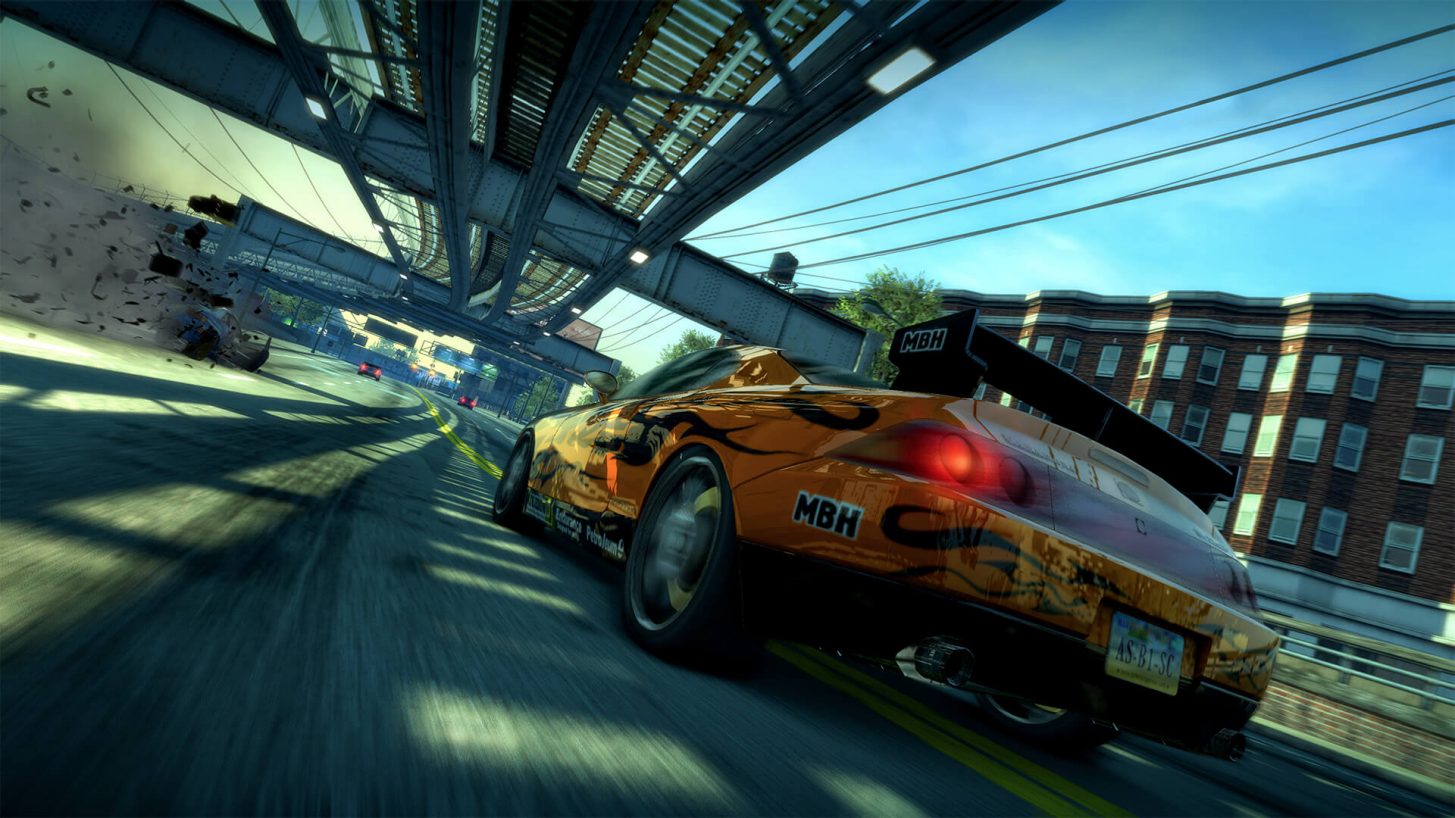 In 2008, the original Burnout Paradise came roaring off the starting line ready to demolish the competition. Featuring breakneck racing, high-flying stunts, and — most importantly — shameless amounts of automotive destruction, Burnout Paradise set the bar for what an action racing game could be. And now, ten years later, it’s back and ready to show a new generation of consoles the true definition of a “smash hit.”

Relive the high-octane stunts and wanton destruction of one of the greatest arcade-driving games ever. Featuring a range of technical enhancements for greater visual fidelity and authenticity, it plays natively in 1080p on PlayStation 4 and Xbox One, and in 4K at 60fps on the PlayStation 4 Pro and Xbox One X.

Nintendo are pulling no punches with the classic characters and charm coming to Nintendo Switch. Kirby is the latest to add to the mix this March as you can play co-op in this latest adventure. It looks cartoony, fun but also like a really engaging game to play. 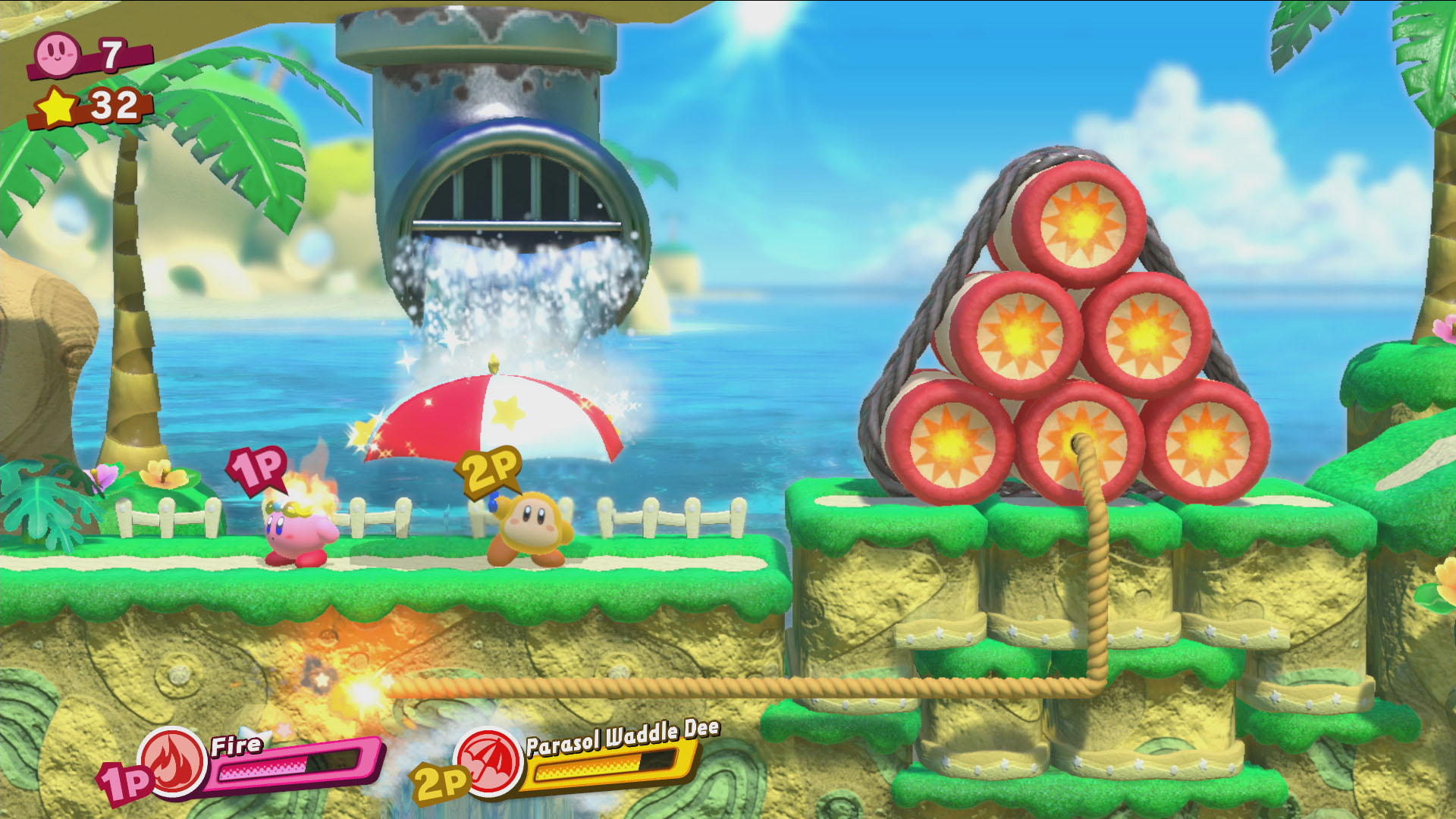 Team up with friends to puff up your powers in Kirby Star Allies, a colourful platforming adventure, only on Nintendo Switch! Up to four players* can journey through Dream Land together, combining Copy Abilities to perform spectacular special moves or even create new powers!

Not exactly a new game but certainly a classic, and its going to be playable on consoles! All of them in fact and it’s packing some upgrades too. The game is using a “tailor made” user interface for the move to console and it’s all looking a great idea for fans of action role playing games.

From Age of Empires co-creator Brian Sullivan and Braveheart writer Randall Wallace comes an innovative action role playing game set in ancient Greece, Egypt and Asia. The Titans have escaped their eternal prison, wreaking havoc upon the earth. The gods seek a hero who can turn the tide in an epic struggle that will determine the fate of both men and gods. Are you ready for the quest?

One of those rare species of Xbox Exclusive games! Many Xbox gamers are going to be enjoying seeing this come to launch on the console after so long. it looks great fun too and one that fans of Rare have been waiting on for years. Seeming to be more focused on playing together than alone, it will see you and your friends being pirates on your own ship.

A great idea we here hope really delivers when it arrives.

Sea of Thieves is a new type of multiplayer game that delivers all you need to live the free-roaming pirate life. Whether adventuring as a group or sailing solo, you’ll encounter other crews… but will they be friends or foes, and how will you respond?

Reputation is everything. Become a pirate legend

There are countless ways to make your mark on Sea of Thieves’stunning world. The more voyages and adventures you see through to the end, the greater your reputation becomes and the more opportunities unfold before you.

A rather unusual entry as the Anime style title Attack on Titan comes out this month. The game is hitting all consoles, including the switch and looks a bit mad and a lot fun. The emphasis is on online play and adding more content from the original title and looks like a Niche title many will really enjoy.

In A.O.T. 2, players can enjoy one of the newly introduced online modes to either build friendships or create enemies. Returning from A.O.T. Wings of Freedom are the co-operative online modes, alongside an all-new competitive PvP mode where players fight against each other to claim the highest score, and ascend to the top of the leader boards.

The newly introduced competitive multiplayer option, Annihilation Mode, sees two teams of four Scouts compete to earn the highest score within a set time limit. Defeating the devastating Titans is one of the most important ways to earn individual points and climb the leader board. Although, working together is also key as it can earn the team a Chain Bonus through destroying each Titan body part before subjugating them. Building and defending bases is also an efficient way of securing points. With select areas on the map allowing for base development, opposing teams will vie for the location – defending them is of utmost priority.

i was a little sad when this came out on PS3 and Xbox 360 since I was onto the PS4 and Xbox One at the time. It was to keep last gen gamers happy but we can finally play this in full HD and 4K with this remaster AC fans. It looks great and I want to explore this story for myself too. The issue will be playing this after Origins in terms of gameplay!

18th century, North America. Amid the chaos and violence of the French and Indian War, Shay Patrick Cormac, a fearless young member of the Assassin Brotherhood, undergoes a dark transformation that will forever shape the future of the colonies.

After a dangerous mission gone tragically wrong, Shay turns his back on the Assassins who, in response, attempt to end his life. Cast aside by those he once called brothers, Shay sets out on a mission to wipe out all who turned against him, to ultimately become the most feared Assassin hunter in history.

Oh do I want to play this! I loved the original, a classic game that came to the PS3 near the end of it’s time. I’m still shocked you can’t buy a port of it for PS4 either! But we don’t have to wait too long for more fellow fans of this amazing RPG. This may well be one of the games of the year if they get it all as perfect as the original.

Explore a beautifully crafted world and experience the gripping story in an all-new RPG adventure.
LEVEL-5 reunites with Yoshiyuki Momose on character design and music created by Joe Hisaishi in the production of the next Ni no Kuni tale.

Get ready for an enchanting homecoming.

We are all looking forward to this game because 1, it looks awesome. And 2, because Josef Fares from Hazelight is a legend for his whole “f*** the oscars rant at The Game Awards. As a fan of story driven games I am really interested in this one. Brothers: A Tale of Two Sons was amazing and this is an expansion on that idea.

Plus you can play with a friend with one copy of the game, because “f*** buying two copies! Awesome.

A Way Out Information

Get ready for an action-packed co-op experience unlike anything you’ve ever played with A Way Out, from the creator of Brothers – A Tale of Two Sons.

A Way Out is designed to be played with two players from start to finish. You can team up with a friend on your couch and play, or you can invite any of your friends online regardless of whether or not they’ve purchased the game.

That’s right, when you buy the full game you can play the entire experience with any of your friends online. Send them an invite, they’ll unlock the Free Trial, and then you’re ready to play.

My other game of the month is the return of Ubisoft’s BEST gaming franchise in my humble opinion. One thing that stands out is how good the villain has been in both Far Cry 4 in Pagan Min and Vaas from FC3. Will this new antagonist, Joseph Seed be to that standard? I hope so because it’s the only question i have over this game. It’s going to be excellent.

Welcome to Hope County, Montana, home to a fanatical doomsday cult known as The Project at Eden’s Gate that is threatening the community’s freedom. Stand up to the cult’s leader, Joseph Seed and the Heralds, and spark the fires of resistance that will liberate the besieged community.

In this expansive world, your limits and creativity will be tested against the biggest and most ruthless baddest enemy Far Cry has ever seen. It’ll be wild and it’ll get weird, but as long as you keep your wits about you, the residents of Hope County can rest assured you’re their beacon of hope.

Pick Your Favourite! (And don’t miss the Indie Games for March 2018)

Now it’s over to you, which games are you going to be picking up?

Personally speaking, I’m going to be all about Ni No Kuni 2 this month but I also want to check out Kirby and Far Cry 5! Let me know yours in the comments below using Disqus or Facebook.

Don’t Miss our March Indie Games 2018 is also something worth checking out along with the table below.

Did you find this useful? Other gamers might too! Please Share This on your social media pages.

Here are all the video game releases March 2018 for you, correct at the time of publishing. This includes games additional to those featured above.