As a Pokémon fan, I knew that the day a game was heading to Nintendo Switch I’d be picking up the console. With a game confirmed by Nintendo, I was ready to get into the Switch and very much ready to check out the game. I got my wish to play it recently, so here’s my Pokémon Let’s Go preview.

The demo was set in the Veridian forest area of the game, my character player had an Eevee on her hat, and was being followed by a Squirtle!

With Pokémon Let’s Go releasing on 16 November 2019 on Nintendo Switch with both a Let’s Go Pikachu and Eevee version. I think I’m going to be one happy fan. 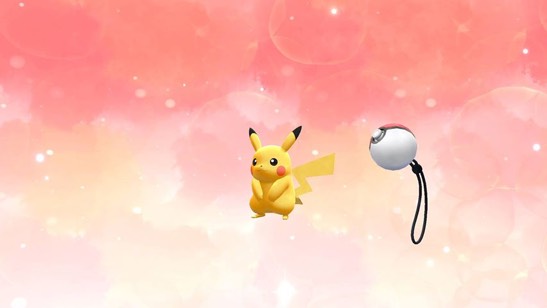 The Demo started in a small grey transitional room with your partner pokemon beside me. I got a quick overview of how the Pokéball plus works. With the options button being disabled, but still explained, including the thumbstick/button at the centre of the ball.

It was as much a demo for that accessory as it was the game. The ball lights up on capturing a pokémon, plays classic sounds during battle. And, like HeartGold/Soulsilvers pokéwalker, carries a pokemon out from the game. This increasing their bond with the player character.

As a player with larger hands, I found the Pokeball plus a little uncomfortable. Something to bear this in mind before committing to a purchase. Other than that the player character moved intuitively and after the quick brief of what the demo would entail I was off. 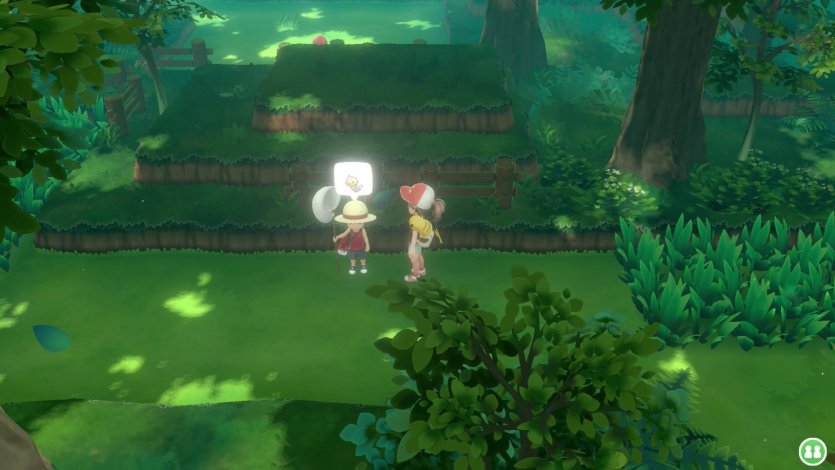 The bulk of the demo takes place inside the Viridian forest, and it isn’t the forest you remember, at least not aesthetically.

The greens and textures are vibrant, popping across the screen. The gorgeous character model, partner pokemon, and follower pokemon all look outstanding. This is the first time it becomes obvious just how powerful the Switch version is.

There are multiple overworld sprites, each animated, the trainer classes are distinct and colourful, and the overworld pokemon have the same sprites as your follower.

You’ll see Caterpie, Weedle, even Beedrill in the overworld. All rendered in a glorious colour pallet. It did strike me that grass patches are still there – and whilst this seemed odd, considering the lack of ‘random’ encounter.

It is worth noting that Nintendo and Gamefreak confirmed an entirely new pokemon experience in 2019. So a lot of the art assets here will probably make the jump too. And what art it is, light filters through trees, everything feels lush and vibrant, and then, of course, there are the core pokemon mechanics.

Battles and changes to encounters 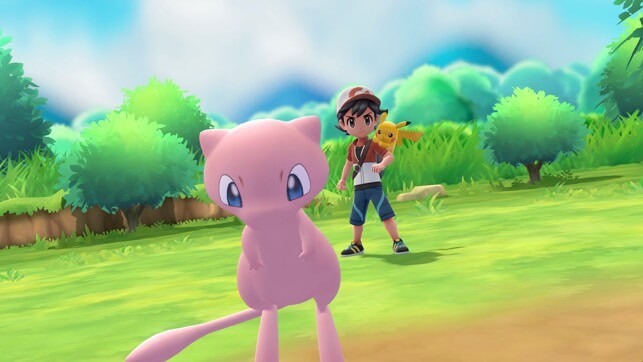 In previous games, battles have evolved from one sprite versus one sprite. Now we have up to 4 pokemon 3D models plus their trainers in battle, and each looks amazing. On what I have seen, there is not one indication of lag or frame choppiness we have seen in later life 3DS games.

All pokemon moves are animated, and all pokemon appeared to be in-game during these animations. The battle selection menu has had a cosmetic tweak, showing a small logo that indicates the moves typing. A fist for fighting types for example.

You’ll also have easy access to items and your party of pokemon. During the demo, I used Eevee and Squirtle a fair bit. Resisting the urge to use Pikachu or Charmander until I play the full game.

Whilst the sample size I had for battling wasn’t large enough to get a feel for difficulty. I did feel that Eevee was hitting harder than Eevee aught to. I was then told that your partner Pokémon, Eevee or Pikachu depending on the version you pick up. Has bumped stats compared to a wild version.

Speaking of wild pokemon, and returning to the controller for a moment, catching wild pokemon doesn’t require (or even allow) battling. Instead, it works much like Pokémon Go. You can throw berries to make capture easier, and then throw a Pokéball with the same ‘closing circle’ seen in Pokémon Go.

It was also confirmed during the demo that trick-shots were going to be possible, although they weren’t in the demo itself.

To say that I was pleased with the demo, would be an understatement. It did make me more intently wish those days away until Let’s Go comes out.

That all being said, I have a cautionary tale regarding the Pokeball Plus. It’s very small. In fact, I genuinely felt it was the most uncomfortable thing I have ever held. But then I have huge hands, and the dexterity of a corpse, so perhaps you’ll be fine.

Pikachu, Eevee are in good hands with Let’s go, and the demo only left me itching for more.

Below is a quick rundown of some details I was able to get from the demonstrators I spoke with as a bit of a bonus for you:

Will you be picking up Pokémon Let’s Go?

After what I had to say in Pokémon Let’s Go preview, do you think you’ll be picking it up?