Welcome to the new year gamers! Thought you had no money left? Well it’s time to get digging behind that sofa and raiding the swear jar for some cash because gaming is back. Here we have our pick of the January 2018 video game releases you need to watch out for.

This includes our thoughts on the game, videos, information and a video accompaniment which you can watch in the header above. Don’t forget to Subscribe to MGL on YouTube as we really are focusing on videos this year!

Clicking on the game title headers below will take you to the official page for more information. Be ready to let us know your favourite from the games below, all in release order. This list focuses on “Big” games from the main developers.

For those that love indie games like us, head to our January Indie Game releases article.

Not long until we get the first game of the year and it’s more of a collection than a full release. Finally, we are getting Street Fighter V in a proper collection. The characters, the game modes plus much more to enjoy. This doesn’t appear to be launching as a full price game either, so now might be as good-a-time as any to start Street Fighter V.

Street Fighter V: Arcade Edition is a brand-new disc that includes all base content from the original Street Fighter V release, Arcade Mode and a code for Character Pass 1 and 2 content, which includes 12 playable characters and 12 premium costumes.

An internet connection is required to download new features (such as Team Battle, Extra Battle and balance updates) and to redeem the Character Pass content. SFV: Arcade Edition will also be available digitally on January 16, 2018.

The following content will be available to all Street Fighter V players as a free update beginning January 16. If you already own the original Street Fighter V, you do not need to purchase the new disc to receive this additional content. However, you will need an internet connection to download additional modes and updates, and to track Fight Money, Experience Points and other online data.

One of a few by Bandai Namco this month, and in the months after too. Here we are heading to the Digimon universe with a story about hackers. No Russian’s or President’s appear to be involved in this one however! The game takes you into a digital world to prove your innocence and it all looks a decent game for fans of the series. 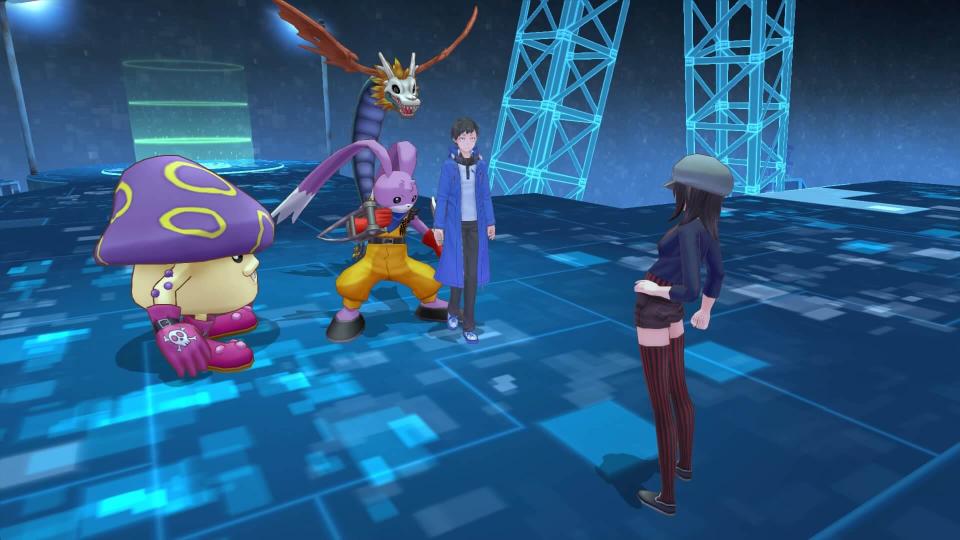 Set in the near future, the line between the real and digital worlds is blurred and logging into cyberspace is a part of everyday life.  In the shadows lurk hackers utilizing computer viruses called Digimon to commit mischief and crimes.

Framed and accused of wrongdoings, Keisuke Amazawa has no choice but to dive into the digital world to not only clear his name and prove his innocence, but to protect his loved ones.

There is a demo for this one, and if you are an old school RPG fan you really want to be taking a look. I really do like the look of this one. The game is being produced by Square Enix and maintains that feel of their classic games. Restoring what is lost and lots of talk about memories already has me a little addicted to this one. RPG gamers, you have something to get lost in this month!

The next evolution in this new golden age of JRPG’s arrives with LOST SPHEAR, bringing a fresh take on classic RPG gameplay! A young man, who suffered a phenomenon that he had never seen, faces an ominous power that threatens the fabric of reality.

Awaken the power of Memory to restore what was lost! Muster different Memory and craft the world around you in a journey to save the world.

And another, with us getting into some 2D fighting in the Dragon BallZ universe now. The Beta is available to play from the 13th of January. The awesome David Game will be having some fun with it for us so we should have some thoughts on it soon. The game sees the characters of the series compete against each other with some incredibly powerful looking moves! 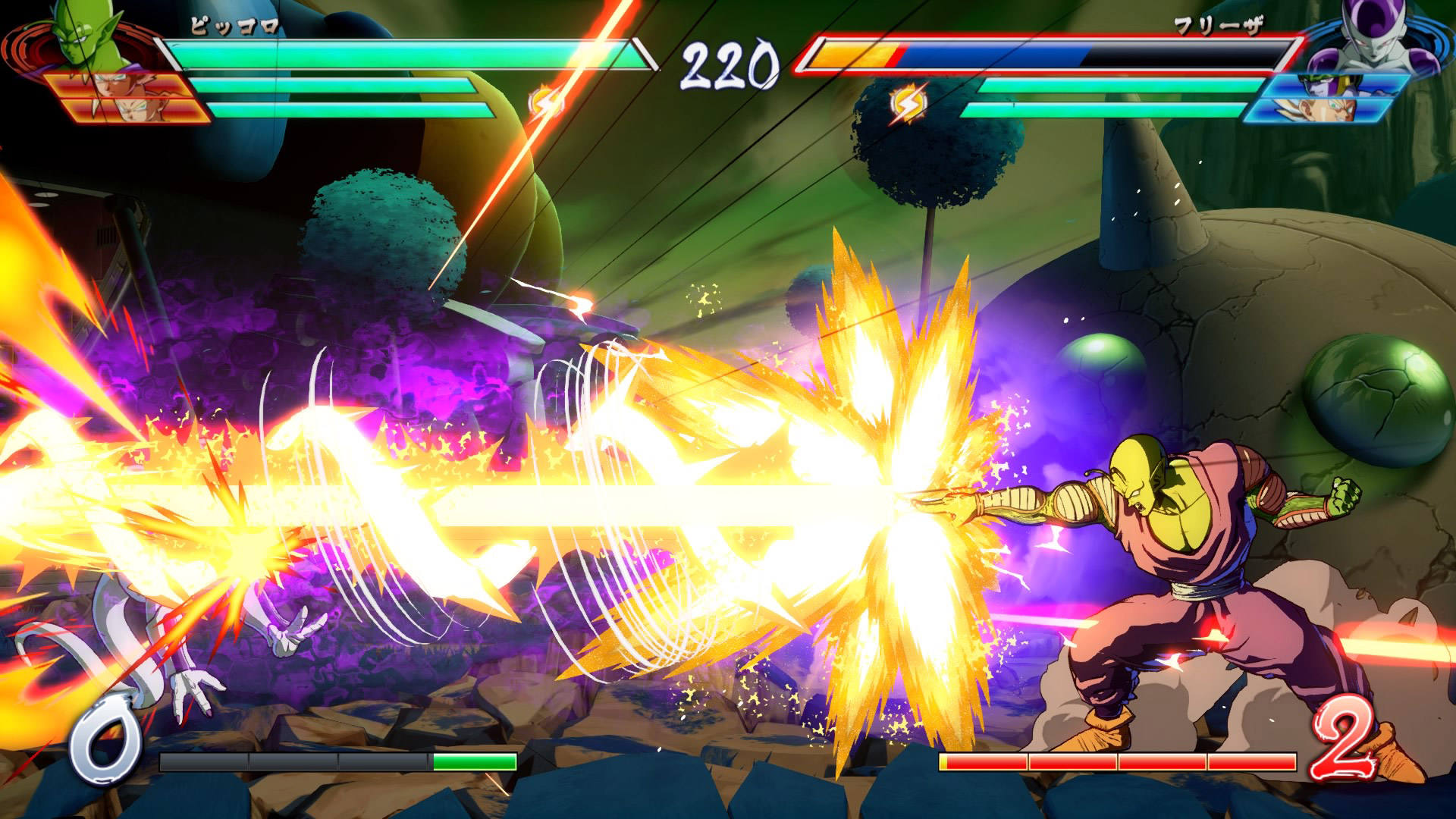 After the success of the Xenoverse series, it’s time to introduce a new classic 2D DRAGON BALL fighting game for this generation’s consoles.

DRAGON BALL FighterZ is born from what makes the DRAGON BALL series so loved and famous: endless spectacular fights with its allpowerful fighters.

The big one if you like this month is Monster Hunter World from the guys at Capcom. They had huge success launching Resident Evil VII this time (ish) in 2017 and I think they might have some big success here too. The game looks gorgeous, has some great gameplay and big monsters. What more could you want?

Battle gigantic monsters in epic locales. As a hunter, you’ll take on quests to hunt monsters in a variety of habitats.

Take down these monsters and receive materials that you can use to create stronger weapons and armour in order to hunt even more dangerous monsters.

In Monster Hunter: World, the latest instalment in the series, you can enjoy the ultimate hunting experience, using everything at your disposal to hunt monsters in a new world teeming with surprises and excitement.

Now, in spite of it’s weird name this is an interesting concept I really want to get behind as a Final Fantasy Fan. Getting some classic and new Final Fantasy characters together and having a big brawl sounds like something I want to be a part of. All generations of Final Fantasy are represented in this one from Square Enix and it could well be amazing.

In partnership with Team Ninja, Square Enix presents DISSIDIA FINAL FANTASY NT as the next evolution in squad based brawlers.

DISSIDIA FINAL FANTASY NT is a fast-paced, strategic brawler where you can choose from over 20 iconic FINAL FANTASY characters and battle in a 3 versus 3 arena with your friends and other players online, or by yourself.

The most fun comes with teaming up with or fighting against your own friends. Call upon your squad and battle other teams!

Pick Your Favourite! (And don’t miss the Indie Games for January 2018)

The end of the list has arrived! But now it’s over to you…

Which game will be getting you to spend what little cash you have left this January?

Personally speaking, while Monster Hunter World looks amazing, as an old school RPG fan I’m going for Lost Sphere! Let me know yours in the comments below using Disqus or Facebook logins.

Also our January 2018 Indie Games releases is also something worth checking out along with the table below. Did you find this useful? Other gamers might too!

Please Share This on social media to earn 100 MGL Gamer Points (points have no value other than being a legend).

Here are all the January 2018 video game releases for you, correct at the time of publishing! If you

Couldn’t see the video in the header, it’s here:

Watch the video to go with our article here, don’t forget to Subscribe to us on YouTube for more gaming videos.