Time to play some more indie games in my latest “worth playing?” article and video! As usual you have my impressions here along with some gameplay to watch to help you decide if this game is for you. And this time, we have a classic series making a comeback from the guys at Sushee and the Square Enix collective. But, is Fear Effect Sedna worth playing I hear you ask?

Well, if you are a fan of this series the answer is a yes in some ways, I had some fun with it certainly. But It’s not a game for everyone either. There really are some tricky elements to the gameplay of Fear Effect Sedna that will suit some but certainly not others. There is some gameplay here too from the MGL YouTube Channel (well worth Subscribing to!).

So, should you play it? Find out below as the game is available now for PS4, Xbox One, PC and the version I’m commenting on particularly here, Nintendo Switch. I’m using the new MGL Love, Like, Leave rating system on the article and video so for more info on that, it’s at the bottom of the piece.

What is Fear Effect Sedna?

Fear Effect Sedna is a role-playing game with hints of strategy in there as you play in a classic isometric style view. The game has a number of combat elements including stealth, action and squad control. Plus, you have many a tricky puzzle to solve too (many that will see you getting blown up! More on that later!).

It’s certainly not something I would describe as a “suits everyone” type of experience. But what it does have that are really impressive are the cell-shaded style cut-scenes that really stand out. It’s a shame the voice acing and scripting isn’t to the same standards as the visuals at times. Again, more on that in a while.

Have a look at the Let’s Play video from below to see what you think of the game. There are my thoughts towards the end but not much talking in-between so you can really see how it plays out. It’s a bit unique so you will soon get the idea if this works for you or not. Keep going down for written impressions and some details about the game.

Getting Started With Fear Effect Sedna

Two things strike you right away with Fear Effect Sedna, the striking visuals and well-designed characters in the opening cut-scene. It’s impressive, and it really sets you off into the game on a positive. But then there is the negative element to it too in the voice acting. It’s all a bit cheesy and forced sounding.

It didn’t put me off of course, I was ready to play on. It’s just a bit of a shame the sound doesn’t match the visuals.

Once into the gameplay I very much love seeing the classic isometric gameplay and taking on the levels. There are some tutorials to guide you which are ok, but the game isn’t particularly hand-holding. This was clear in the puzzles, but more on that later.

Moving around you can swap between characters if you are in a group which is cool. Each with their strengths and weaknesses. Taking on the combat was fun with a simple sneak system with clasice cones of visibility on the enemies. Stealth kills are pretty simple but once alerted you are into dual weapon combat and using your roll to get away.

It’s good though, and I did then hit one of the puzzles. This saw me getting blown up many, MANY times. Then I realised the environmental clues were not obviously highlighted or clear what they meant at a glance. It was then I solved it and felt really good about myself too.

This is where the game is going to divide people, but as a first impression of the game, I was happy overall.

Is Fear Effect Sedna worth playing – Love, Like or Leave

I do like Fear Effect Sedna, it’s not exactly perfect but what indie games are? Fans of the series will be on this already but there is enough here for newcomers to like it I think.

The negatives are mainly the voice acting and the script that doesn’t help the cast so much either. But the visuals are very nice in the cutscenes and the gameplay. The puzzles are what will really will divide people here, they are very unforgiving and will test you even early on.

If you like the challenge and lack of hand-holding you will be fine. If you want a really guided experience this is not for you. Even moving around a level can be a little difficult at times and nothing will redirect you.

But I like the strategy of the levels, taking on the objectives and the challenge of the combat too. So far so good, not amazing but certainly solid. Look out for my full review coming up and check out the official details of the game below. 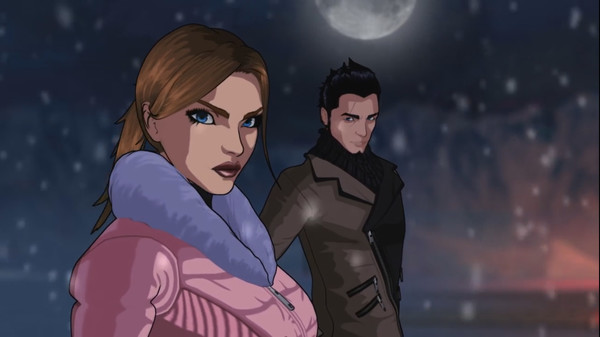 Thrilling action and stealth gameplay enhanced by the Fear system, an exciting story and ultra-stylish cutscenes. Harness your team’s dynamic abilities to tackle enemies and puzzles like never before. This is the quintessential sequel for existing fans and a perfect starting point for newcomers.

Sometimes you can get a feeling on a game in the first few hours. That’s us here at MGL too! So, rather than waiting 20+ hours to share that in a review our Let’s Play Videos and our article’s sometimes use it to gauge our reaction to a game so far in.

These are one of three simple categories:

Like – The game makes a good first impression and we think it’s decent, but maybe not the best or it’s hard to judge.

Leave – We’ve tried it but would be happy to walk away from it (if we weren’t doing a review!)