Mixing up certain things can result in something amazing you never thought you would like, like peanut butter and chocolate. Then there are those combinations of things you really like individually that just do not work, like coffee and chocolate. Some people out there it may well work for but me… nope!

So when I looked at The Elder Scrolls Online I was loving those first three words… but the Online part was not something I would normally go for and to see it attached to a game series I have a lot of histroy with, I had some doubts and some scepticism. This, at the subscription charge, kept me away from the PC Version but now it’s on my new Xbox One and subscription free it was time to face my doubts head on!

Happily after my first 10 hours or so with this massive MMORPG I can see it’s definitely Peanut Butter & Chocolate so far. I’m really enjoying my time in a vast and thriving Tamriel and finding the sheer amount of exciting missions I can do very rewarding.

If you read my Gamer Dad’s Special from Father’s Day you’ll know why Multiplayer games are bad for me right now, small babies are very good and waking up (usually with a big, stinky present for you) and putting an end to your gaming for a while. This is fine when you can pause your adventures but with other gamers in multiplayer this is not possible and you are kind of letting the side down! So I was pleased to see that the game, in its early stages just allows you to get on with everything yourself. 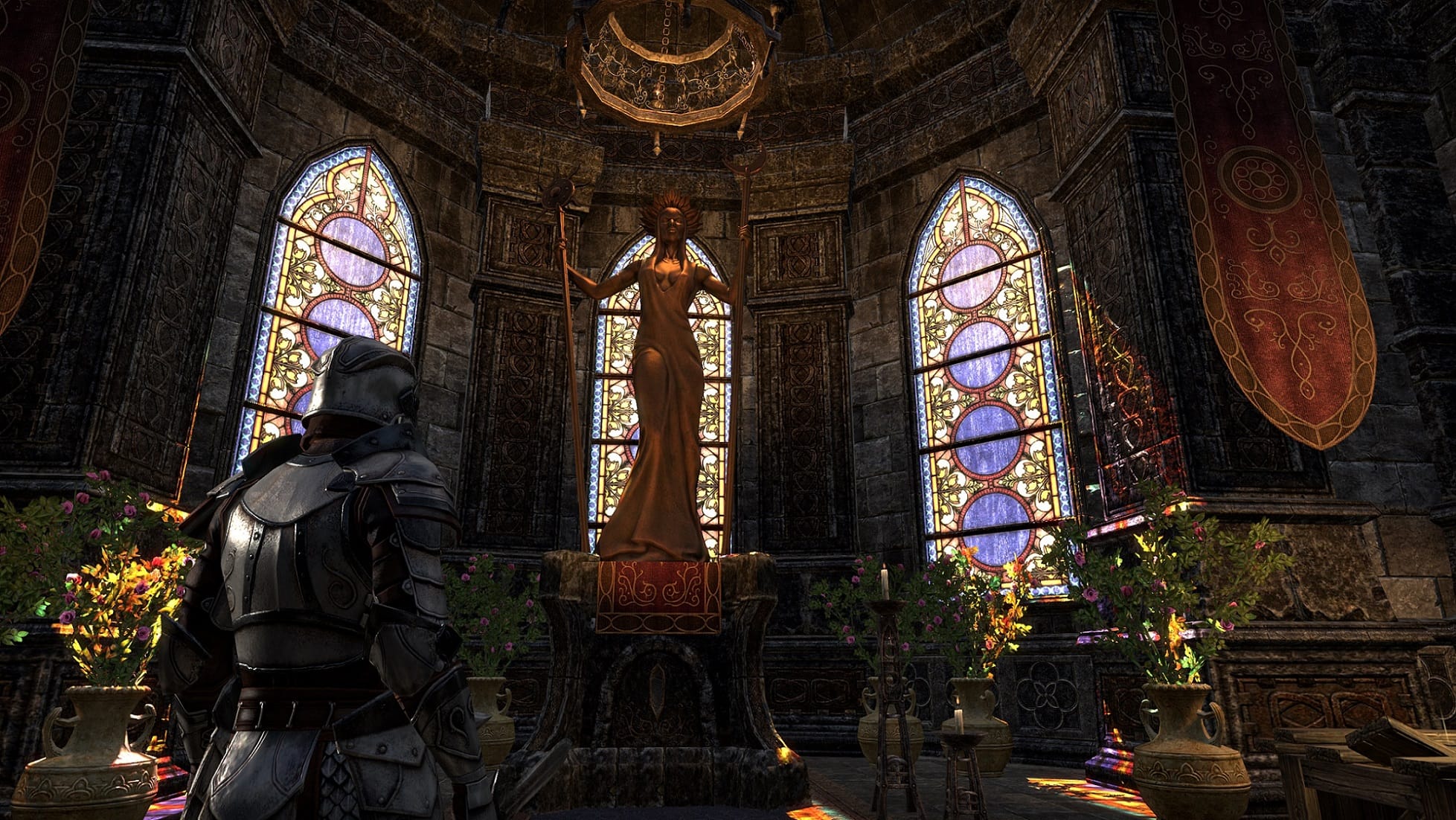 At the start you’re in a sequence where you are trapped in Molag Bol’s realm, a plane of Oblivion that is very different to the mortal realm. If you follow the series you will know all about these, if not they are sort of alternate dimensions run my mystical beings… most of them not very nice! Molag is the antagonist of the main story and is capturing people’s souls, including yours which is why you awaken within his prison.

But before taking control I got to spend some time doing what I love in RPGs: building my character.

Now the game is based around factions, but this is actually determined by your race rather than a choice in most cases. So if, like me, you want to be a Dark Elf (as always!) then you will be put into the Ebonheart Pact with Nords and Argonian’s. Altmer, Bosmer and Kajiits make up the Aldmeri Dominion while Orcs, Redguard & Bretons are in the Daggerfall Covenant. Going Imperial however will allow you to pick any race.

The character creation is nice and rich, I have to be honest here, I could easily spend my first gaming session on creating a character in games like this. There is so much to do and create here it’s very worthwhile having a look at some of the races and classes before you even start the game. Choose what you are going to be then spend your time making them look cool!

So once my character is ready and I am good to get out into the game my first job, in good TES tradition, is to escape captivity. You meat a woman named Lyris who guides you to through the prison as you learn basic techniques for movement and combat, series veterans will have no issues. I like to switch to 3Rd Person View since I’m a big softy, and it was nice to see some settings in there to custom the camera position for both views.

Your goal here is to find The Prophet who is trapped within Molag Bol’s prison, releasing him allows you to return to the mortal realm and Tamriel.

Once you take on a large but rather simple to beat boss you appear back in the real world and are ready to get questing! But since the cap on getting involved with other players quests is level 10 you have plenty of time to just explore and get around on your own while the game throws seemingly endless quests at you. 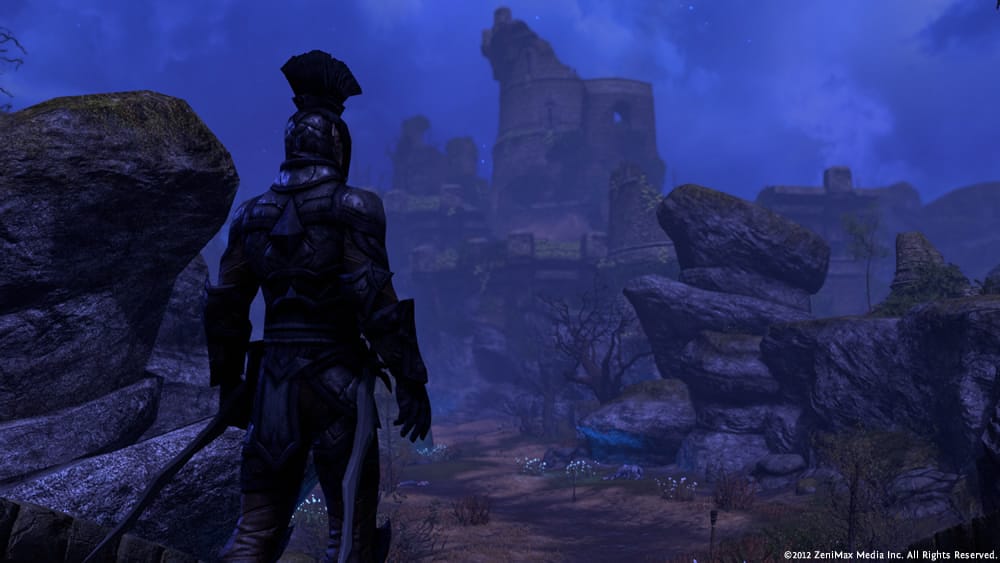 There is so much to do and so much enjoyment to be had even in the first few hours of the game I am really impressed and once you get past the level 10 mark it really gets interesting. More on that in the next edition of the gameplay diary as I build up to the complete review of the title.